Learn more about the Centre for Epidemiology Versus Arthritis’ history and key milestones. 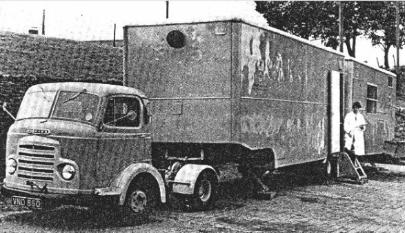 Epidemiology research at Manchester started out under Dr Jonas Henrik Kellgren, the first Chair of Rheumatology in the UK, who had come to the University six years earlier.

He established the Mobile Field Survey Unit in 1954 (which later became the Empire Rheumatism Council (ERC) Field Unit) after an approach from the Miners’ Welfare Association to investigate rheumatism in miners working in Manchester’s coalfields.

They funded a five-year programme of clinical and radiological surveys carried out by Dr John Lawrence, who would become the first Director of the Unit.

‌Initially, the Unit’s surveys concentrated on musculoskeletal complaints in coal miners, but rapidly spread to population surveys of rheumatic diseases in industrial and rural areas including Leigh in Lancashire, Wensleydale in the Yorkshire Dales, the Rhonda Valley in South Wales, and Watford in Hertfordshire.

From 1958 the Unit used a mobile X-ray and laboratory, funded by a Wellcome grant. It was the only one of its kind in the world, being specifically designed for the ERC Field Unit.

The surveys were unique in their time and formed the benchmark for subsequent epidemiological investigations in this area. This pioneering work concentrated on standardising disease definitions, undertaking detailed prevalence surveys and conducting genetic studies.

They were also unique in that their methodology involved obtaining radiographs, at a number of joint sites, from a large population sample. These X-rays form a unique collection, which are still used today, given current difficulties in being able to replicate such studies for ethical, financial and other reasons. 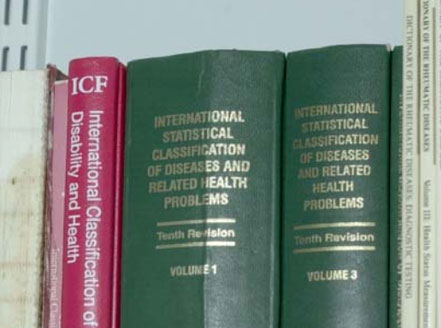 In 1964, the ERC changed into the Arthritis and Rheumatism Council for Research (arc) and by 1968, the name of the Unit had changed to arc Field Unit for Epidemiological Investigations.

In his 20-year tenure, there was a clear move away from descriptive and analytical epidemiological studies towards a greater emphasis on the application of social sciences to the study of rheumatic diseases.

Working alongside the newly developing academic discipline of community medicine, the Unit made a major contribution to the planning of health services for patients with rheumatic diseases. Considerable effort was used to analyse available datasets to produce high-quality information for government departments.

In addition, great emphasis was laid on the importance of suitable methods of disease classification that could be used widely and the Unit achieved international renown for its work on the development of the World Health Organisation-sponsored International Classification of Impairments, Disabilities and Handicaps.

In the mid-1980s, the Unit was also commissioned by the Calderdale Health Authority to undertake a survey of the needs of the disabled within the Authority. Data from this survey was important in demonstrating the considerable levels of disability at a population level resulting from musculoskeletal diseases.

The third Director, Professor Alan Silman, took up the post in January 1989. From this date, the work of the Unit reverted to its roots in traditional population studies.

However, the considerable advances in epidemiology, biostatistics and computing, genetics and molecular biology have had vast implications for the type of questions that can be answered using epidemiological methods. 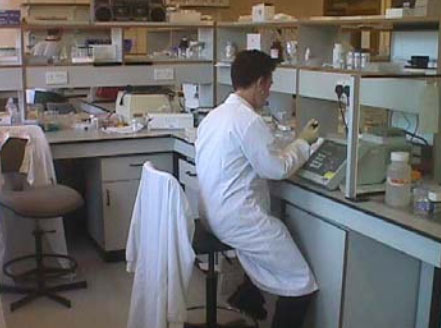 By 1993 the number of staff in the Unit had risen to 63 and in 1995 additional laboratory space was made available and converted into a state of the art molecular biology facility.

In 1997, arc changed its name to the Arthritis Research Campaign, and so the Unit became the arc Epidemiology Unit (EU).

Professor Silman left the Unit at the end of 2006 to become the Arthritis Research Campaign's first Medical Director.

In 2009, after a very successful period of co-directorship of the Unit, Professor Deborah Symmons was appointed as the Medical Director and Head of the arc Epidemiology.

These centres build upon the outstanding legacy of the Unit and provide infrastructure support to enable us to continue our world-class research.

See a list of academic leads and co-investigators in the Centre.

Find out more about our key research partnerships.